Growing up with Sci-Fi loving parents like mine, you not only are subject to strange creatures on television, but you begin to love and cherish the characters.  There are, however, a number of characters that will make your skin crawl and if you ever came upon one in real life, you might want to turn around and walk away…very quickly. One such creature is the Ferengi.  It’s not because they’ll bite your head off, but it’s because they are greedy, misogynistic, and generally untrustworthy.  In general, they’re a nuisance.  They are all about commerce and money making, it’s all about the bottom line and doing whatever they need to do to increase their profits.
A Ferengi:  Isn’t he dashing?

So, imagine my surprise to find the word “Ferengi” in a Novel about Istanbul by Orhan Pamuk.  I don’t think I’d ever really questioned where the name came from, just figured it was made up.But it turns out that it’s an Arabic word for European Traders (or Westerners in General).
Great. This means I’m going to be a Ferengi in Istanbul. 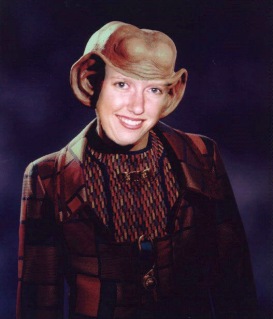 Jean Luc Picard does NOT approve. 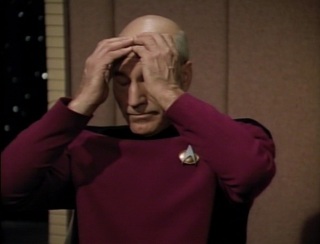 I almost spit up my chai tea this morning when I read this from Rick Steve’s Istanbul:


“Aramaic is also the language spoken by Jesus Christ, most other New Testament figures, and Mel Gibson.” P. 159

For those of you who are not familiar with Aramaic, here’s my perspective on why this quote is so particularly funny:

o       The Aramaic that Jesus and the other New Testament figures spoke is considered a “dead language” which means that it isn’t spoken any more. Not only that, we don’t actually know what it sounded like, so it’s kind of impossible for Mel Gipson to speak it. His version of Aramaic is probably based more on modern Syrian Aramaic. They probably have similarities, but that can’t exactly be proved.  Seriously, Mel Gipson, leave the writing of stories about Jesus to the scholars.  Please.  Let’s not confuse people more.
o        I also find this humorous in part because in Graduate School, I took a course in Aramaic so that I could read the Book of Daniel (The only Hebrew Bible book entirely written in Aramaic).  It was one of the most traumatizing things I’ve ever done, learning Aramaic. Mostly because I sucked at it.  Hebrew was easier for some reason (despite the fact that they are very similar). I partially blame the teacher.