Something happened on this trip that I did not expect nor want to happen, yet it is what I will remember and cherish the most from this mini journey. As this is a public blog, I will not share many of the details, but if you have ever seen the movie “Before Sunset,” then you may understand. But as I tell you of the adventures I had in Cappadoccia, know that they are flavored and enhanced by this chance encounter and I am great full for what this encounter has done for my soul.

I arrived in Goreme, Cappadoccia on Friday and met up with two of the friends I had met in Istanbul. One had not intended on meeting me there, but she had left her passport behind and asked me to bring it to her. The other decided to meet me in Goreme after traveling along the Black Sea. Along the way, we met others, and eventually, there were six of us trekking through the red and rose valleys. The plan was to go to a viewpoint to watch the sunset, and as we ascended, we were constantly rewarded with more and more impressive views. Additionally, along the path we came upon hundreds of years old churches, carved into the rock caves. At one point, we were delighted to come upon a remote cafe where we could buy water, fruits, and nuts, all grown right there around the valley. We were treated to Turkish Tea and conversation with a man who spoke not a word of English, but still managed to portray himself through gestures and hospitality. After a rest, we continued up to the view point. In normal circumstances, this hike alone would have been enough for me, but the rest of the group wanted to go higher to the top plateau. Sensing my hesitation and fear (up is fine, it is down that I dread), my new friends were encouraging and supportive. That coupled with the endorphins I felt just from the views, I put my brave hat on and endured. It was incredibly worth it. I have pictures, see below, but they really can not do justice to what we actually saw from the top where we saw the sun set over the colored valleys. 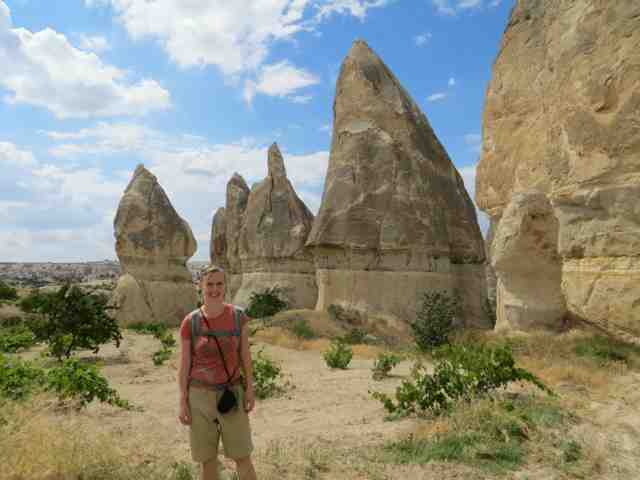 Me on the hike up. 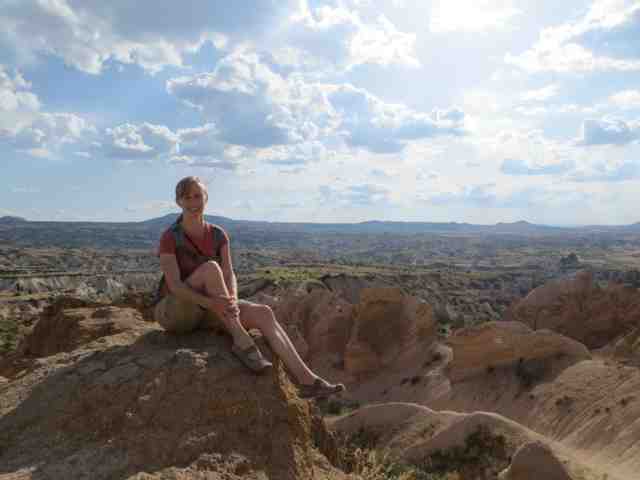 Just one of our views from almost the top. 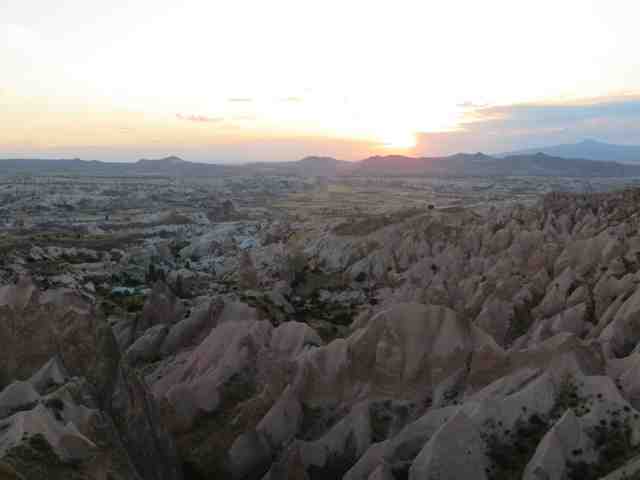 Spectacular.
It was dark as we hiked back down, fortunately we had one lamp with us. When I thought I couldn’t continue, we came upon another cave church and suddenly I was inspired again. One of my companions said, “your reaction to this cave is almost better than the cave itself!” 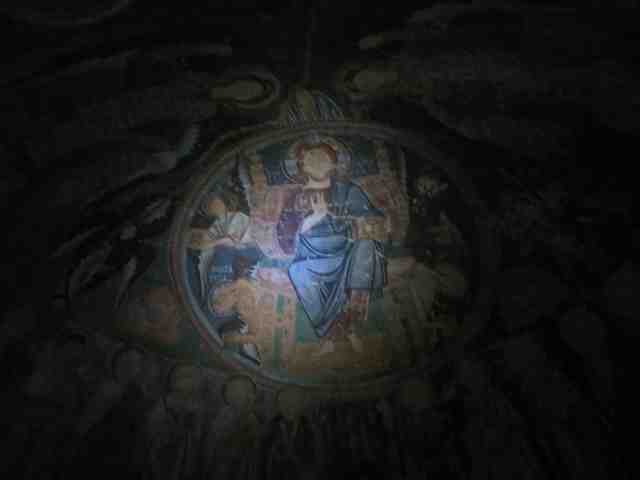 Jesus making the sign of the Trinity with his hand.
As we left the canyon and walked the country road back to Goreme, I followed my friends silently, watching nothing but the night skies. Even in the small city of Portland, it is rare to see so many stars so clearly.
I was so incredibly tired and yet more satisfied than I could have imagined over the course of those 8 hours of exploring.
See next blog for the continued story in Capadoccia,
Advertisement

There’s something romantic about planning a trip by yourself.  It’s more of an adventurous romance than a traditional romance.

Being single, it’s easy to look at couples and think how lucky they are to have one another. But on the other side of the fence is that I get to do exactly what I want when I want.  This trip, for example, gives me the chance to spend time with myself, my thoughts, doing the things that excite and challenge me.  I can have everything I want with just myself.

When I imagine myself on this trip, I imagine solitary walks through colorful neighborhoods.  I will treat myself to a visit to see the oldest treaty known to history (future blog post about this to come).  I will sit and watch people in silence, listening to only the air and the sounds of the city around me.  I will meet other travelers in hostels who I would not have met if I stayed in a hotel.  If I want to spend all afternoon staring at one painting in one museum, then I will do just that.