In my last post about Kerman, I talked a little bit about the landscape. After we left Kerman, the landscape became incredibly interesting and diverse. Driving from Kerman towards Shadad, where we would explore a couple of stops on the way, it is shocking how quite suddenly the mountains appear on the horizon. There is no gradual ascent to them, they are just suddenly there. Like everything else, they are dry and barren, very unlike the green mountains of my home. But you can clearly see some interesting geology including the water line of an ancient sea.

We stopped first at the 1500 year old Rayen Citadel at the base of the mountains. Many such citadels were built especially to protect villages along the Silk Road. If an enemy approached, the local villagers would enter the citadel for protection. Additionally, a number of people lived within the citadel walls along with the governor and his family who had a special castle within the walls. Over the centuries, the complex was altered and it actually housed people until as late as 100 years ago.

The complex is made of dried mud bricks which helped with cooling in the hot summer. 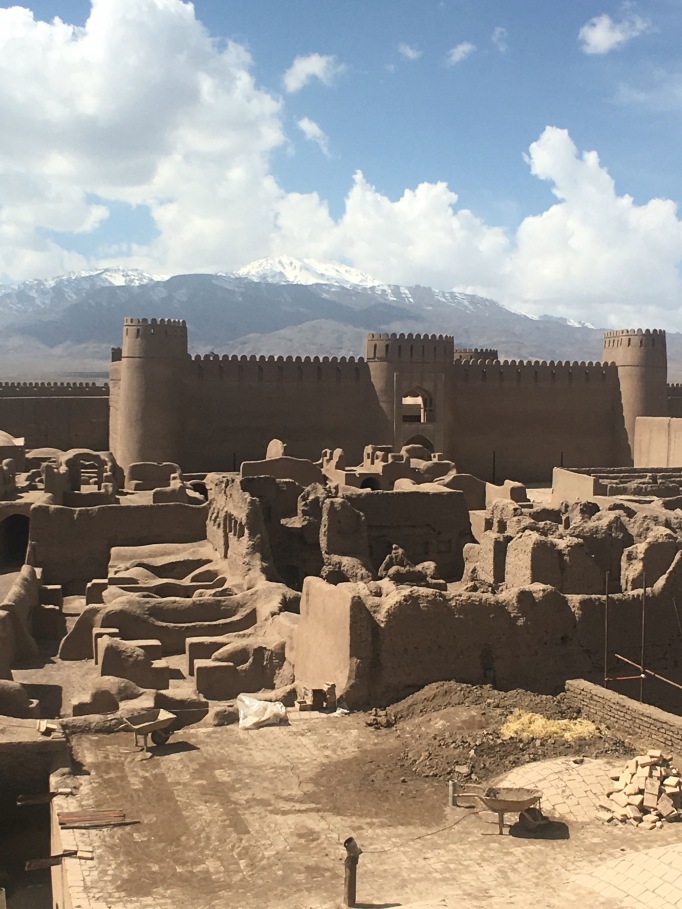 We began our ascent over and through the mountains after our stop in Rayen. The descent into the desert is where it gets really interesting. Slowly, you can see the plants become more sparce and the rocks become more sandy. There are quite a few dry river beds. Then, somewhat suddenly, there are hundreds of Nebka trees dotting the area. It was difficult to get good pictures from the car, basically they are trees that grow on top of sand mounds, the sand somehow protects the roots.

The best part, however, come after the Nebka trees disappear and there is only sand. Here we find the Kaluts, 5-10 story naturally occurring sand castles created over millennia by the wind. Here, we got out of the car to explore, enjoying a chance to play in the sand. 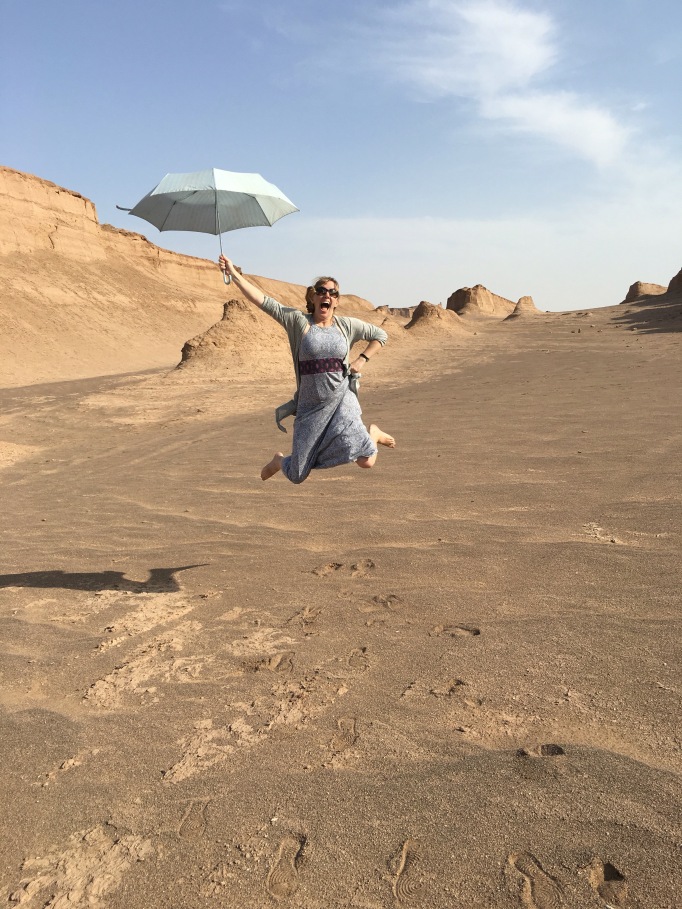 Nearby is a small village called Shafi Abad where we stayed in a family run Eco-village. Water for the village comes via the mountain by Qanats which I will explain in a later post.

The weather was unimaginably fantastic. When we left our lodgings to explore the area, a great wind and rain storm came just as we were visiting with some local women who have started a business selling their handicraft. We ended up spending the afternoon with them after the storm passed and the skies were beautiful with rainbows and dark clouds.

In the village is an old caravanseraie where we explored and climbed around. They are currently working on reconstruction efforts. The area boasts some spectacular views of the mountains.

2 thoughts on “The Iranian Desert”