Despite the face that I have been to 14 countries and have seen spectacular views, I can still easily say that Glacier National Park is my favorite place in the world. It may have something to do with the fact that I grew up coming here every summer for many years, but I think it is also just the complete majesty of the place.

The most popular campground in the park is Apgar, also my favorite because of the tall lodge pole pines and close proximity to MacDonald Lake. The water is rarely ever warm, but that doesn’t stop some people. This is the second time I have rented a stand up paddle board and gone out on the lake. This time, I went out towards the middle of the lake and laid down on the board. The mountains usually overwhelm me with their size, but this time the sky was the winner, overshadowing even the tallest of the mountains, reminding me how small we all really are.

That’s me, way out there!

We had planned a long hike over the Highline and into the East side of the Park, but due to snow the trail was still closed. So we did the very popular hike up to the Hidden Lake Overlook. I’ve done this hike many times and it never ceases to be spectacular. This year was a particular challenge due to all of the snow though. 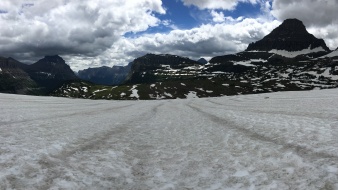 This was my first time (since I was little) that we also camped on the East side of the park. The wind over there is crazy, but the views…oh wow… 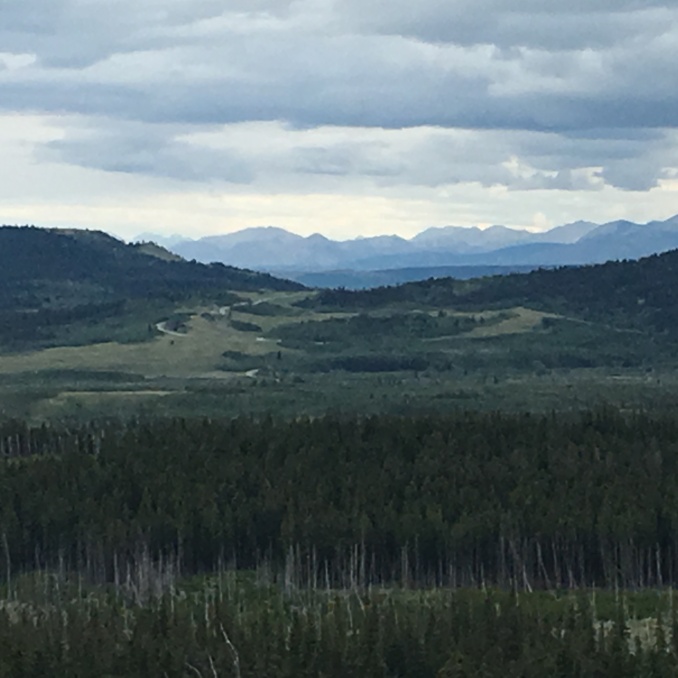 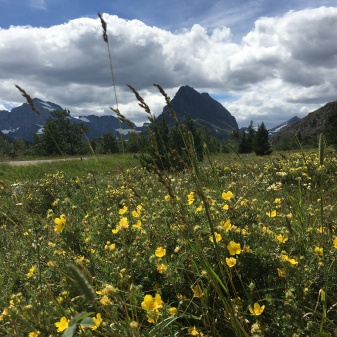 And then, of course, there’s the wildlife of Glacier. Don’t feed them, guys. Just don’t do it.