In an attempt to avoid the riots, which I am sure you have heard of, my new friends and I embarked over to the Asian side yesterday morning. (I can now say I’ve been to 4 Continents, yay!) We started with visiting a Hamam (Turkish Bath) in the area of Kadikoy. This particular Bath House, called the Aziziye Hamami is only about 150 years old, and was quite simple, but still beautiful.  I suspect later this week I will go try another older one, just for the sake of it. Plus, it is enjoyable. It’s basically a sauna where you can relax and get a full body exfoliation and massage.

Afterwards, we wanted to go to the local market. On our way over, we noticed a bunch of news vans and police and realized that there was a protest there that day. So we high tailed it back to the ferry and came back to the Old City. It was really disappointing to have to leave, the riots are really having an impact on how much  we can see and do. Granted, it’s a worthy cause, I believe, the Government is just trying too hard to control everything, and the people are not happy about it, which I don’t blame them for! 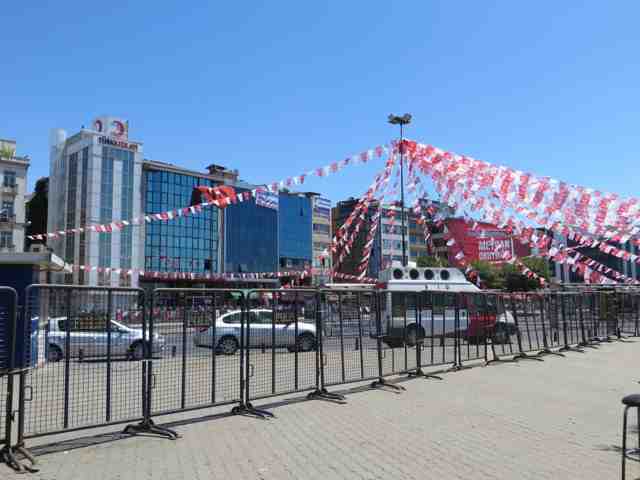 Setting up for the protest, I guess it got pretty bad over there about an hour or so after we left.
We ended up wandering the Spice Bazaar, which is less spice and more stuff, but there were a few fun spice booths: 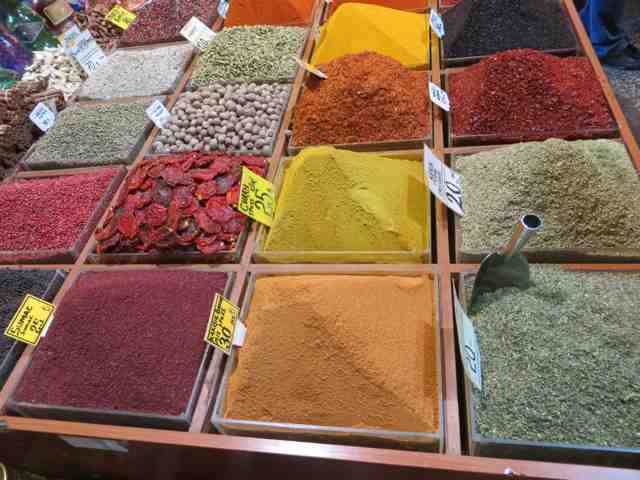 I do plan to go back and buy some teas and Turkish coffee!
We were all absolutely exhausted from the heat of the Hamam and the day, so we came back to the Hostel to chill out before dinner with a view: 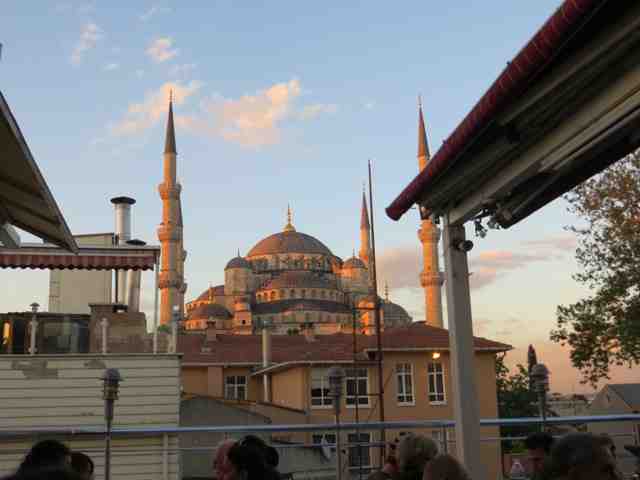 Apparently, my body has decided it only wants to sleep for 5 hours a night, yet I’m exhausted. Today is really rainy, so it might be a good idea to just relax….
Advertisement