The last time I was in the UK was 2001 when I was studying and living in Belfast, Northern Ireland. Having not yet been to Wales, and with a dear friend living in Cardiff, I decided to swing by on my way to Prague. On my first full day here, we explored Cardiff itself and let me adjust to the time difference.

The castle complex was originally built in the 11th century by Norman invaders on top of a Roman Fort from the 3rd century.You can still see the base of the Roman wall, in fact. The castle itself was rebuilt in stone in the 12th century which was probably smart considering the castle was a constant state of battle in the 12th and 13th centuries between the Welsh and the Anglo-Normans.

This is the Norman Keep, a “shell” which provided protection for the buildings within. It’s surrounded by an actual moat (I was a little excited about a real moat).

Note the terrifying dragon in the foreground (I mean, how can you miss it)? The Welsh Dragon has been on the Welsh flag from the 5th century, but it’s first official use on the flag happened probably when Henry Tudor defeated Richard III in battle, beginning the Tudor Dynasty.  There’s some fun mythology surrounding the dragon, which you can read about here.

The lodging that exists was started in the 13th century with a remodel in the 15th century and more additions in the 1800’s with money from the booming coal industry in the area. The entire interior was completely redecorated by the Marquess of Bute, with a whole lot of eclecticism inside. Every room has a different theme, all designed and tailored by William Burges, an eccentric architect and designer. 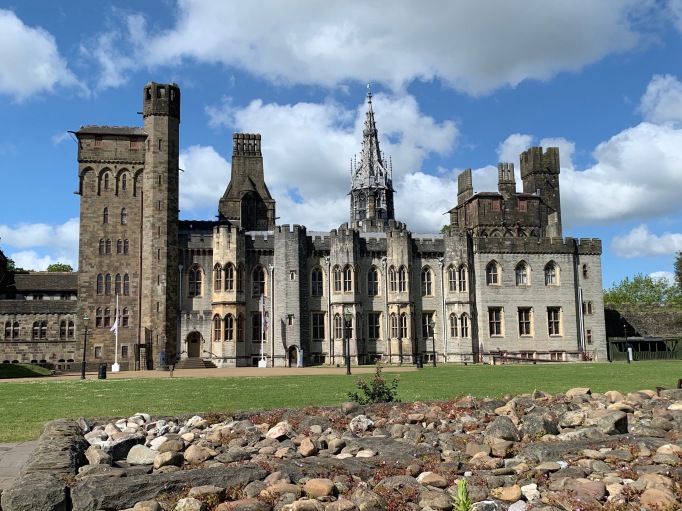 I’m not going to lie, the inside of this place is crazy. You could visit every day for a year and see something completely new. My favorite room was the Arab Room, it brought me right back to Iran! 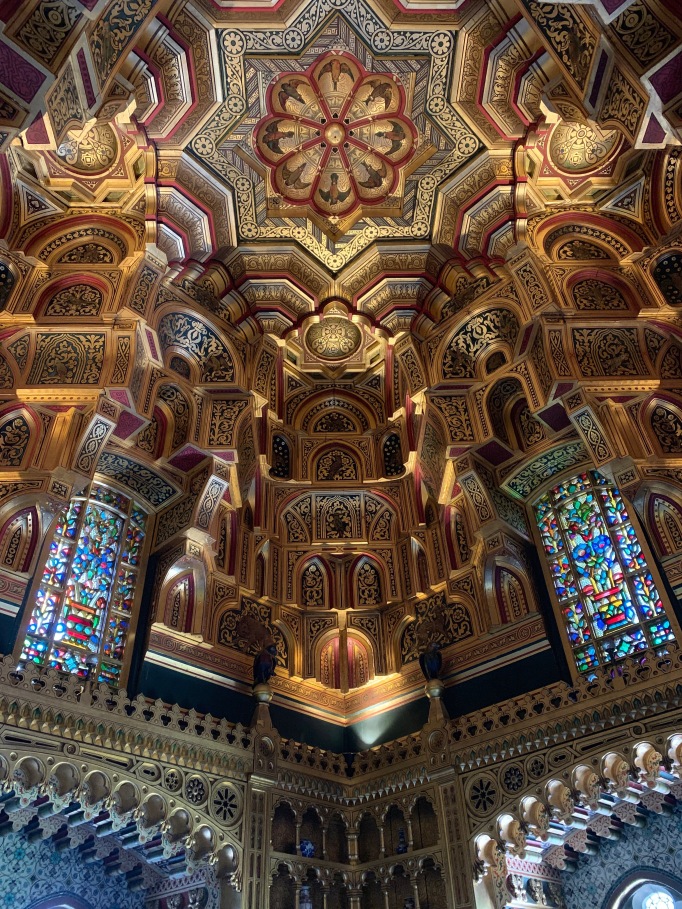 After a stop for Afternoon Tea (because you can’t go to the UK and not have high tea, we took a boat to Cardiff Bay and enjoyed the sites before heading home for a rest in preparation for a drive to Pembrokeshire tomorrow!