Prague may be known for its history and stunning cityscape, but what drew me to Prague was classical music and art nouveau.

With a free place to stay (Thanks Nicholas!), I opted to start my tour of the city with a little bit of both.

As somebody who loves both music and history, I found the epitome of concerts, blending both history and local composers. I am pretty sure they do this just for the tourists, but it was worth it. Here’s the lineup for the concert I attended:

1. Mozart: Marriage of Figaro Overture – This piece was played by the Prague Symphony during Mozart’s first trip to Prague in 1778 where it was seen as a smashing success despite falling flat at its debut in Vienna.

2. Smetana: Vltava – Smetana was a Czech composer in the mid-late 1800’s, a time when the country was moving toward independence. His music is over all very nationalistic. Vltava, from the larger piece “Ma vlast” or “My Country” is the quintessential Czech composition. Vltava, or The Moldau is a major river running through the country. This is also my favorite piece of the three played.

3. Dvorak: Symphony No 9. – Antonin Dvorak is another Czech composer, in the later 1800’s and early 1900’s, he’s the more well known of the two major Czech composers. Dvorak used many motifs and folk music from Bohemia, but incorporated them with other styles. Symphony No 9., also known as “From The New World” is a thought to be a merging of old classical styles with Dvorak’s experiences in America, possibly merging his style with African American spiritual motifs.

Finally, I heard all of this at the famous Municipal House, Smetana Hall with it’s Art Nouveau style, opened in 1912. Prague is a center of the style because of the influence of Alfons Mucha who I will write more on later! 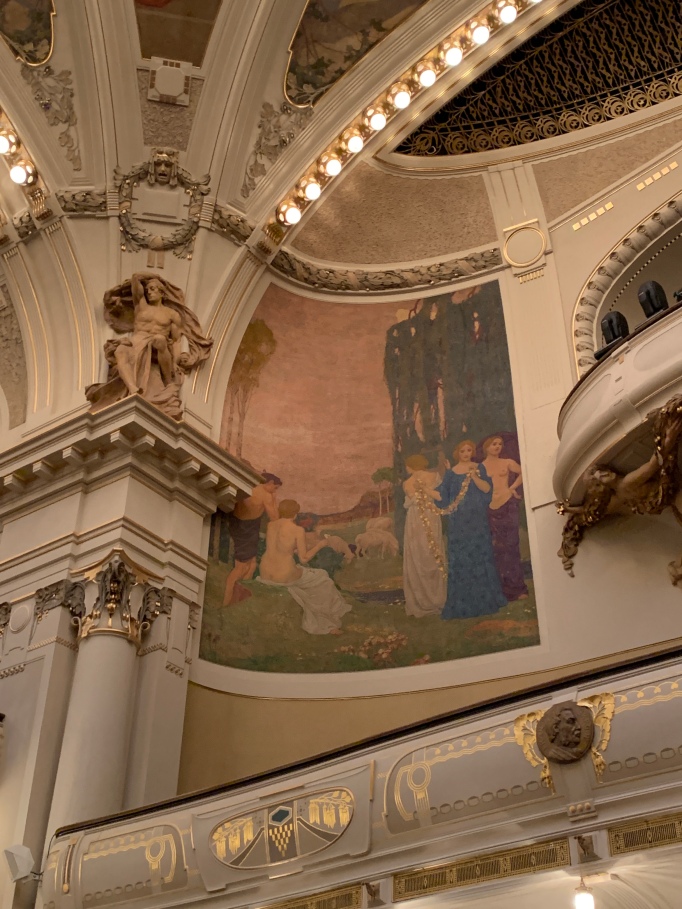 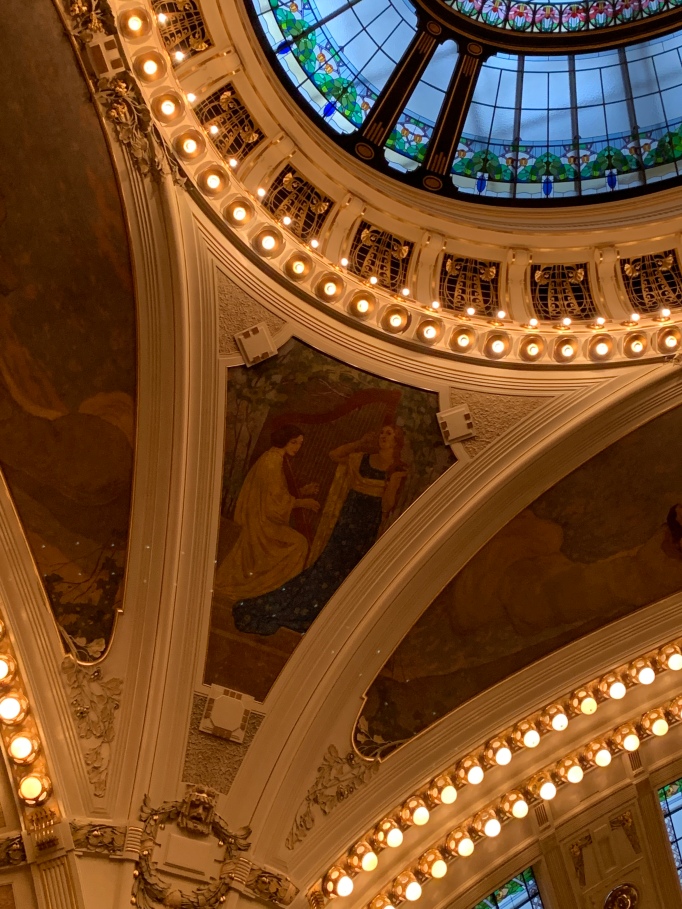 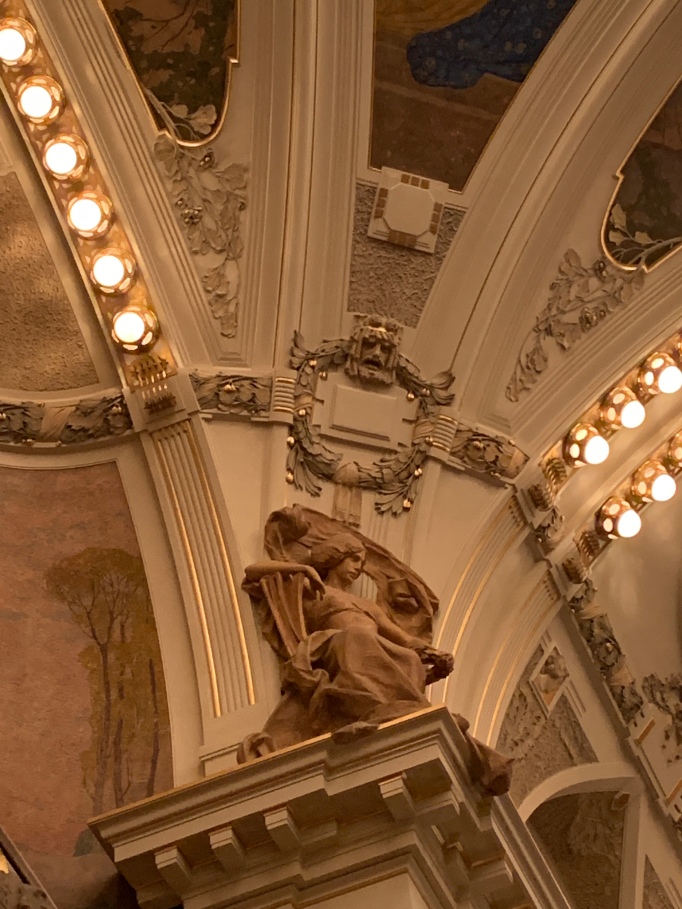