The Jewish Quarter, or Josefov as it is called, is an absolute must visit for anybody visiting Prague and I can easily say it is one of the most well laid out exhibits I have ever seen considering how many centuries it spans and how many sites there are to see.

Josefov was founded in the early 11th century, though Jews had settled in the area sometime in the 900’s. In 1215, a mandatory segregation of Jews was enforced and the district grew considerably, into a ghetto. The first stop on the tour of Josefov takes you to The Maisel Synagogue which was originally built in 1592 as a private place of worship but after burning down was built again in 1689. It now serves as Prague’s Jewish Museum offering visitors an overview of Jewish history in the city.

What started as a badge of Shame in the 13th century became a badge of honor for the Jews later. 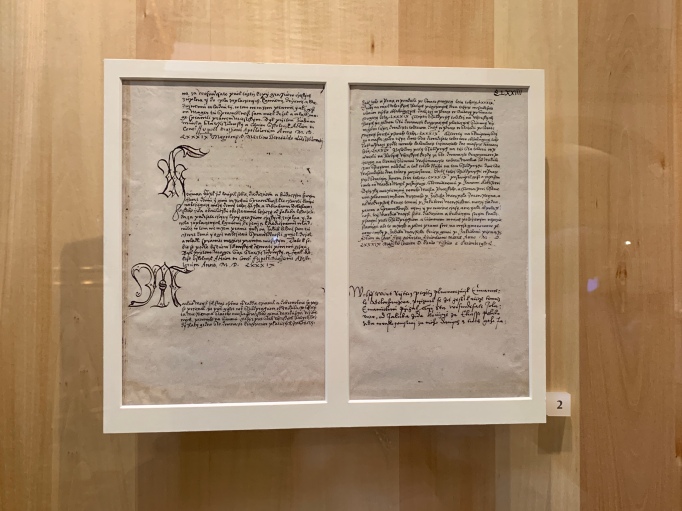 Next is the Pinkas Synagogue which was built in 1535 and now serves as a memorial to the Jews of Bohemia and Moravia who were murdered by the Nazis in WWII. 77,297 names cover the walls in this sobering exhibit. A cantor can be heard chanting out their names. This is a very emotional exhibit, especially when you go upstairs to see the Children’s Art Exhibit, art created by kids in the Terezin Labor Camp from 1942-44 under the direction of Mrs. Friedl Dicker who hid the works before being sent to her death at Auschwitz. 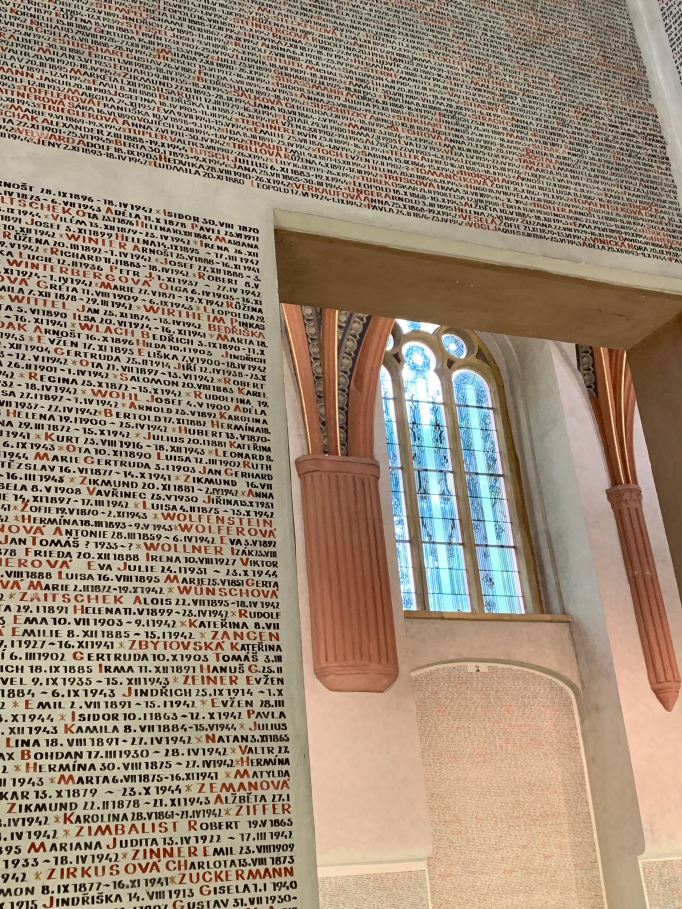 Just when you need a break to process and recover from what you have just experienced, you exit directly into the Old Jewish Cemetery. This was the only place Jews were able to bury their dead until 1787, the oldest grave being from 1439. There are 100,000 bodies estimated to be buried here, some as many as 10 people deep due to Jewish customs prohibiting moving the dead. They literally just added new laters of dirt over old tombs to make room for more. In WWII, Hitler destroyed most Jewish cemeteries, using headstones for target practice. He left this one untouched because he planned the area to be a museum to an extinct race. 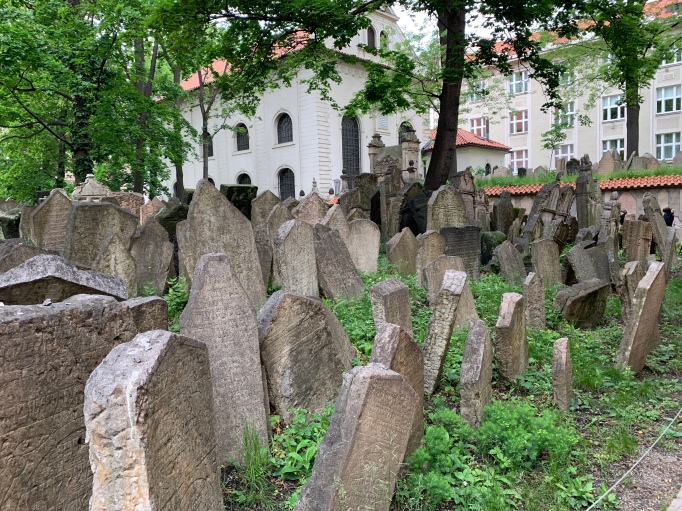 After a breather to process everything, we went to the next stop on the tour, the Klausen Synagogue which was built in 1602. It now serves as a museum to Jewish customs and festivals.

The Ceremonial hall next door was built in 1911 for the Burial Society as a place to wash and prepare the dead for burial. The exhibit inside walks you through the process and rituals of the burial.

The Old New Synagogue is the oldest active Synagogue in Europe, built in 1270 by local Christians since Jews were not allowed to build anything at the time. This is an excellent example of Medieval construction, but it is also interesting for its legends. It is said that Rabbi Yehudi Loew wanted to protect his congregation from persecution in the 1500’s so he fashioned out of clay and brought it to life be putting a magic tablet in its mouth. It worked until one day the Golem went crazy and the Rabbi had to remove the tablet and hid the Golem in the Synagogue. 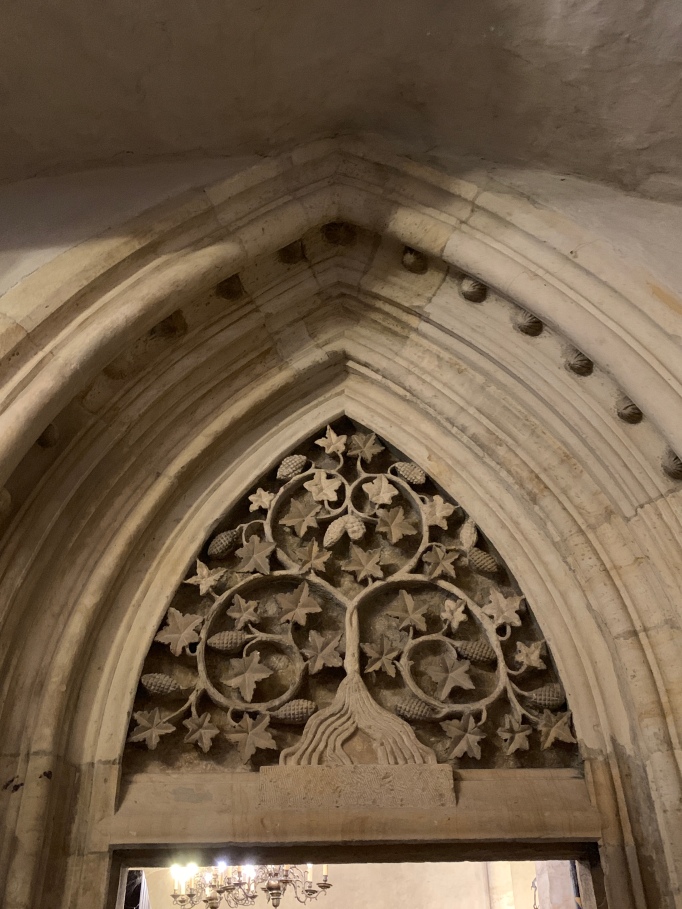 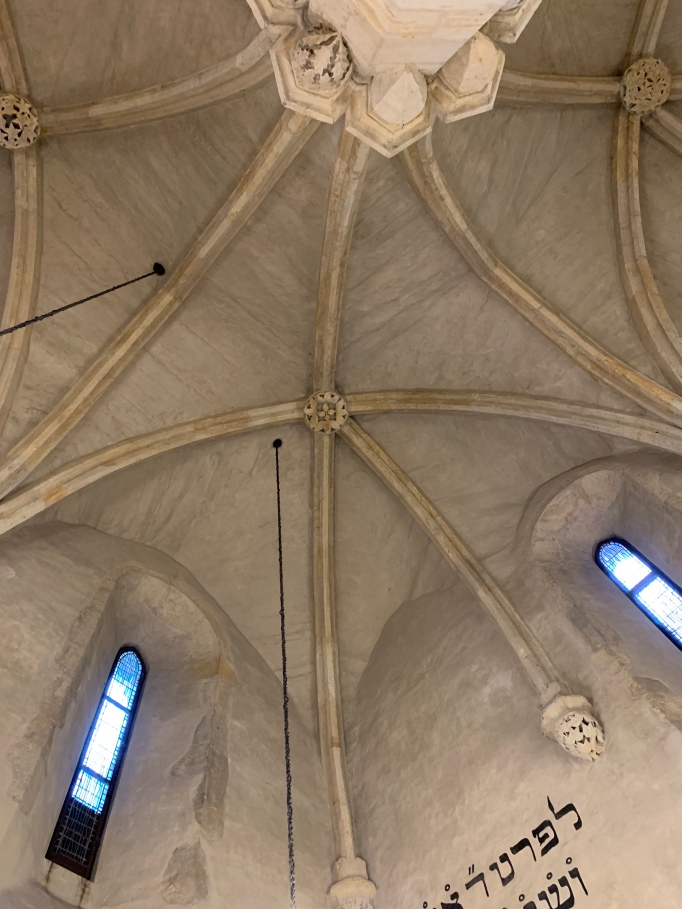 The Christian builders had to figure out how to divide the ceiling into 5 to keep it from looking like a cross.

Finally, we finished at the Spanish Synagogue which is, aesthetically speaking, my favorite. It was built in 1867 in the Moorish Style which originated from Spain.