A short drive away from Cardiff towards England, I was not expecting too much from our planned brief stop at Tintern Abbey. I had seen some pictures online and was impressed, but didn’t think it would be worth staying too long. I knew I was wrong the second I saw the ruins from the car driving up. Holy Wow, literally. 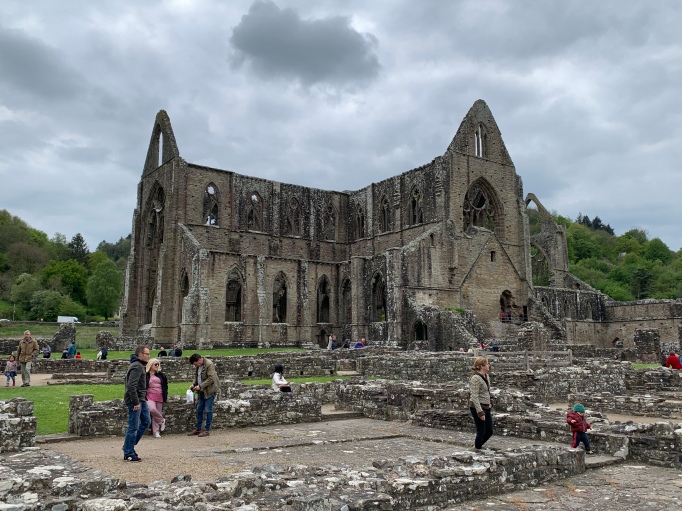 Tintern Abbey was built in the mid-twelfth century on land donated to the Cistercian monks by Walter fitz Richard de Clare, an Anglo-Norman Lord. (Note: The “fitz” means bastard…Richard may not have been a bastard himself, but somewhere in his line his ancestor was a bastard! Also, as I just learned, if you see a coat of arms with a red line across it, that means that your line is part of the original aristocracy but via a bastard. 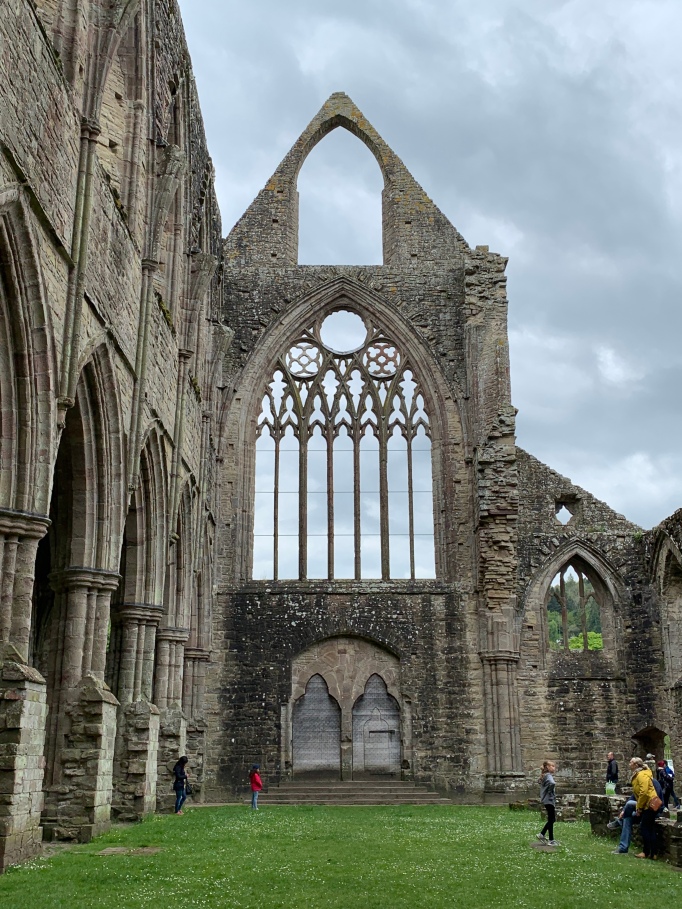 At its height, the Abbey housed up to 100 monks, men who rejected luxury and wealth, observed a strict rule of silence, and lived on a meager vegetarian diet. They were economically independent, ensuring they had enough land to organize into farms which were worked by lay brothers. After the Black Death when number of monks were in decline, the Abbey leased out much of its land in return for cash rents. 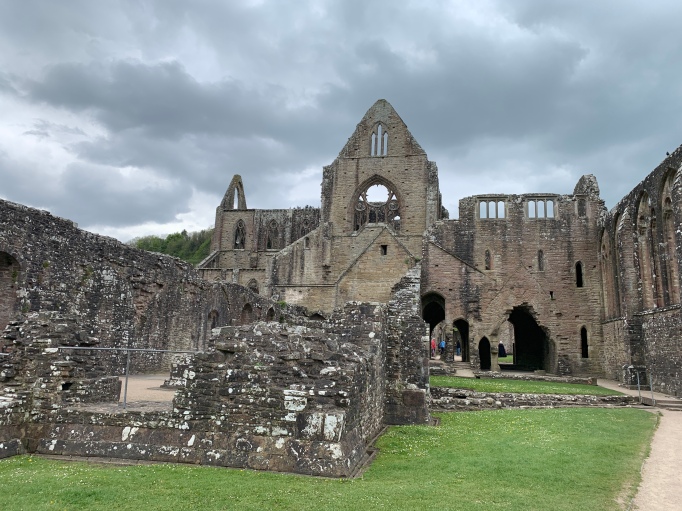 Of course, when King Henry VIII broke with Rome in the early 1500’s, the remaining monks surrendered the site to the king’s officials in 1536. The roof and all valuable materials were taken and the site abandoned to the elements. 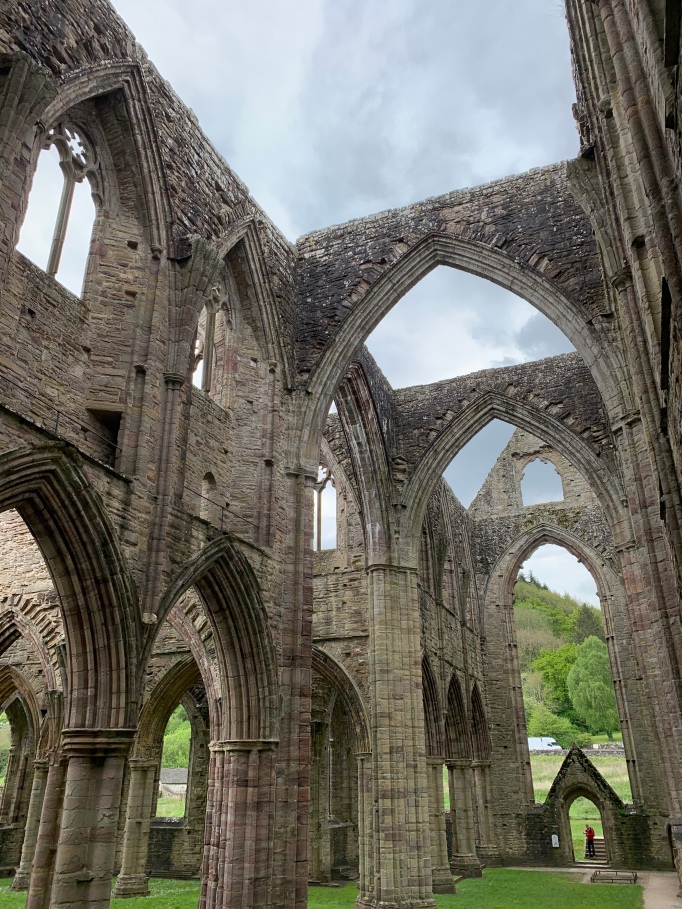 While I suspect the abbey was spectacular in its original form, I’m awfully glad to see it in its current mode. There’s something about nature overtaking humanity and the intersection of spirituality and the environment that I find inspiring and hopeful. 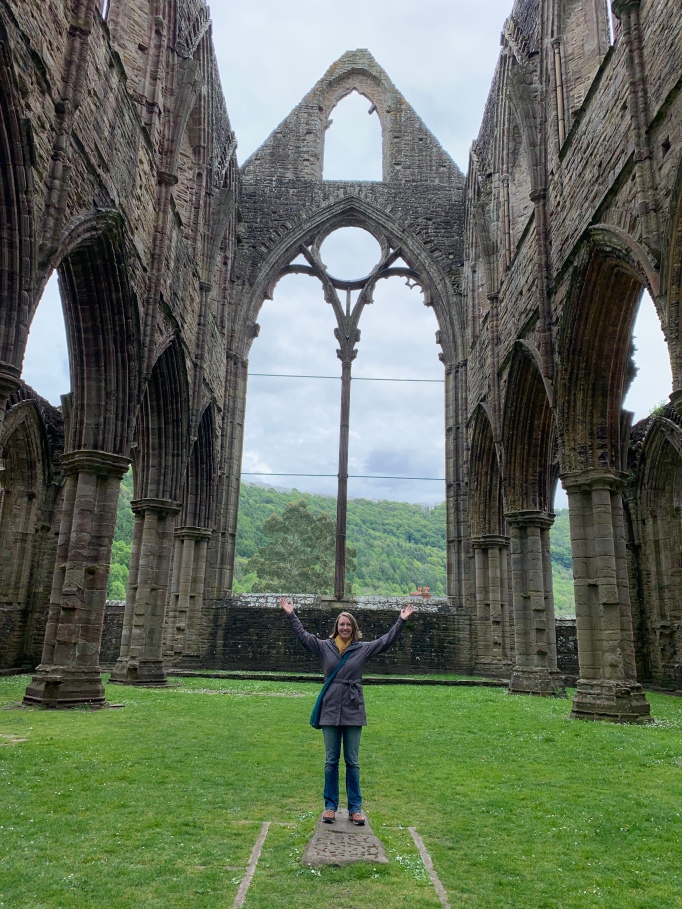 One of the surprises for us since we were there on a holiday was the Medieval themed activities including the procession of the Lord and Lady and a sing-along of Medieval songs in the Abbey itself. 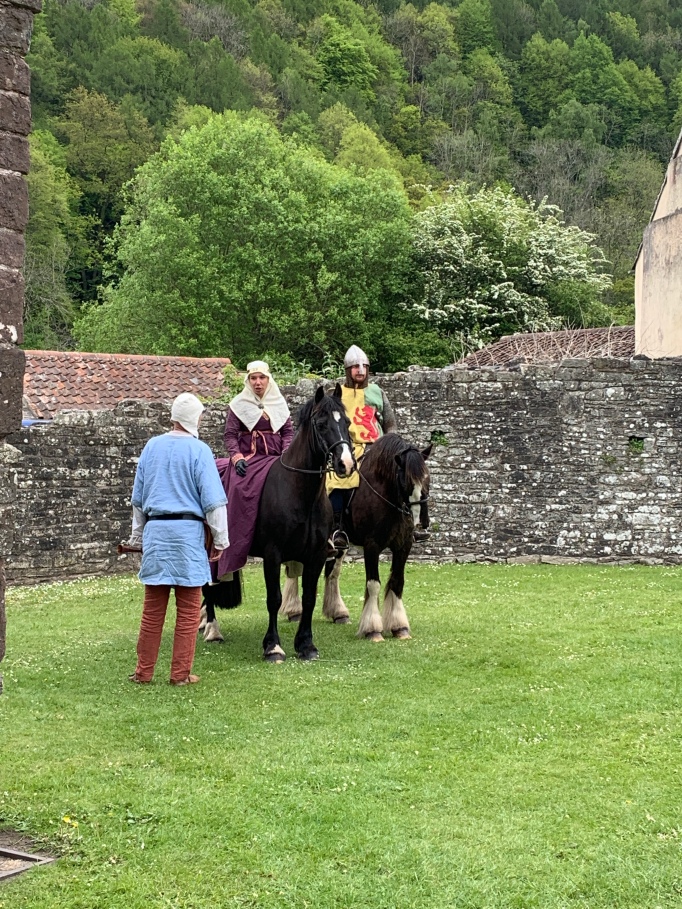 One thought on “Tintern Abbey”